The open-source Apache Kafka is one of the most popular distributed Stream Processing platforms used for building real time streaming data pipelines and applications. To learn more about Kafka visit the Kafka documentation.

Most serverless functions are triggered by an event, and these in turn may trigger consequent events, which could invoke further functions. This makes Kafka - which acts as a event broker - a natural companion to a Functions-as-a-Service (FaaS) platform such as Fission.

Fission already supports nats-streaming and azure-storage-queue, with Kafka integration planned for the 0.11 release. Using this Kafka integration we can build a quick demo and show the power of serverless functions for stream processing use cases.

To follow along the tutorial, first install Fission on a Kubernetes cluster of your choice.

This use case is inspired by the demo of IoT platform for a shipping company built by Yugabyte. The fleet of vehicles report vital data every fixed duration to a central API. The API stores the data in Kafka, which is then processed by the workers while storing the analysis results in a database. We use the same concept with Fission functions and Kafka as the event platform. 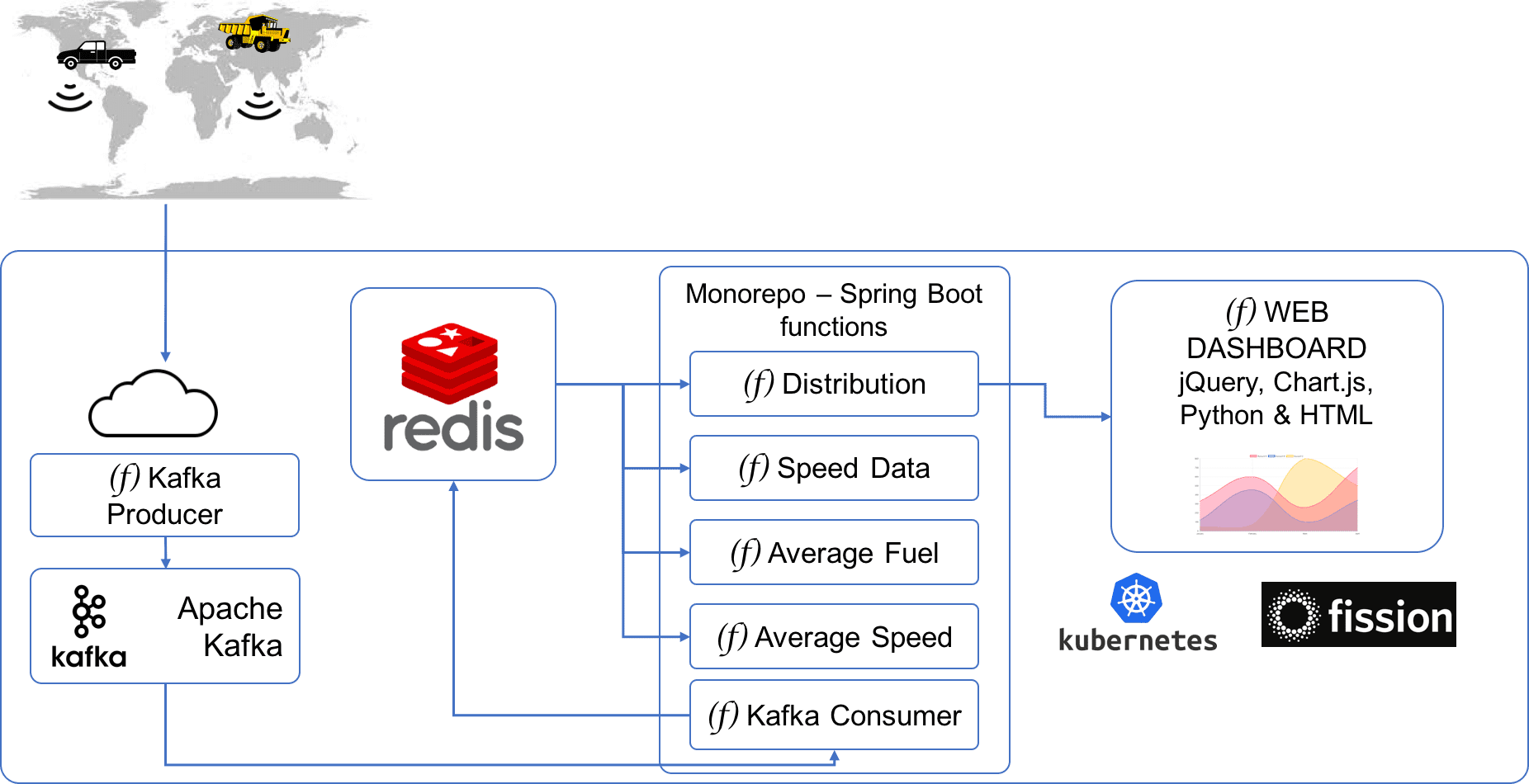 The above diagram represents the architecture of the IoT platform. All the Serverless functions are written in Fission’s JVM environment.

Once you setup required components (explained here) and deploy the functions, you will see a dashboard like below. Based on the data present in your system, the look and feel will vary. 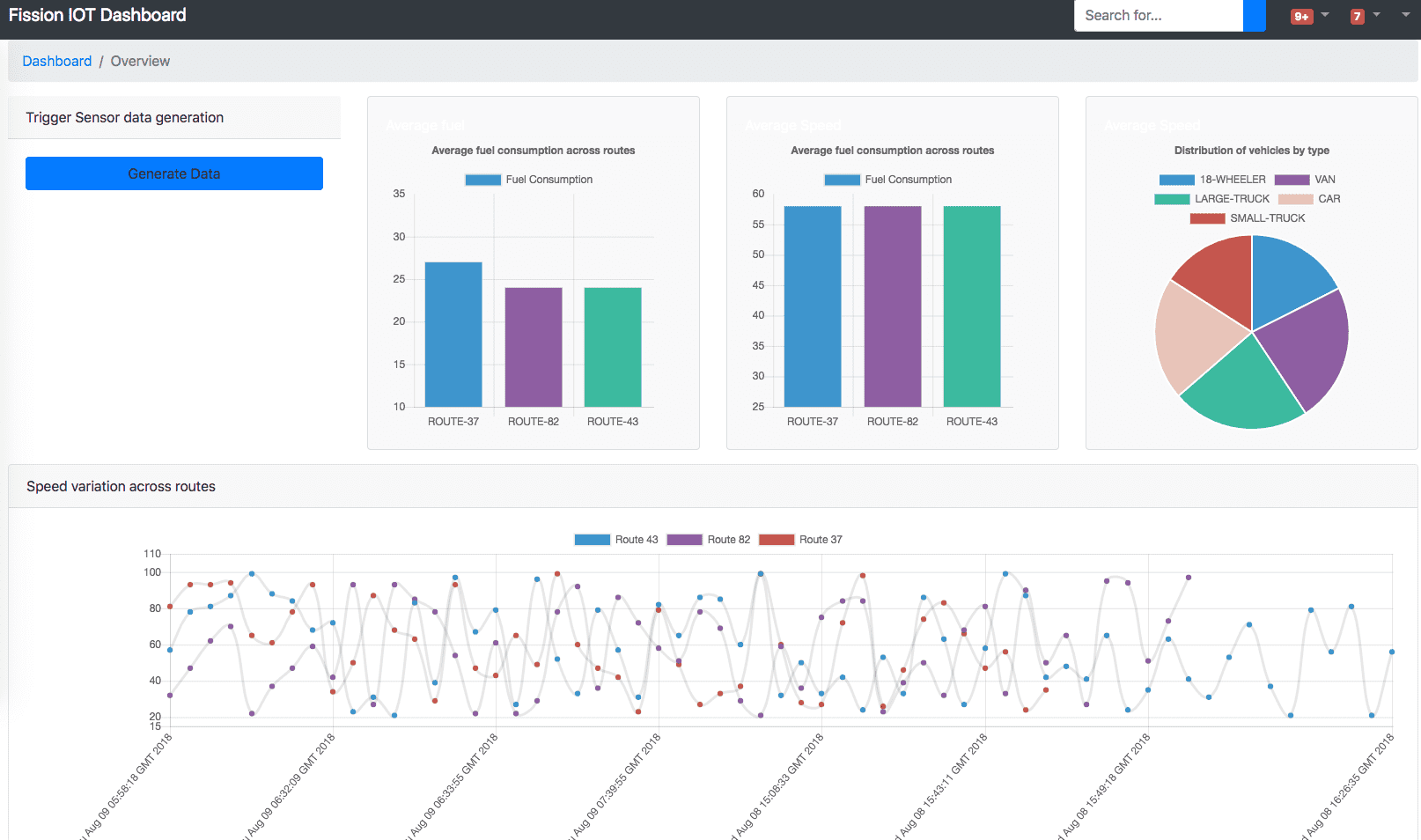 The demo and setup instructions are at https://github.com/fission/fission-kafka-sample so you can try it out yourself!